CCJFG Reports from the Field: April The Freedom 2030 launch rally at the Capitol on Monday, March 9th kicked off a decade-long campaign led by formerly incarcerated and systems-involved girls, women and transgender, non-binary people. You can sign on to Sister Warrior's Freedom Charter and follow the Freedom 2030 Priority Bills:

Drop LWOP Day at the Capitol 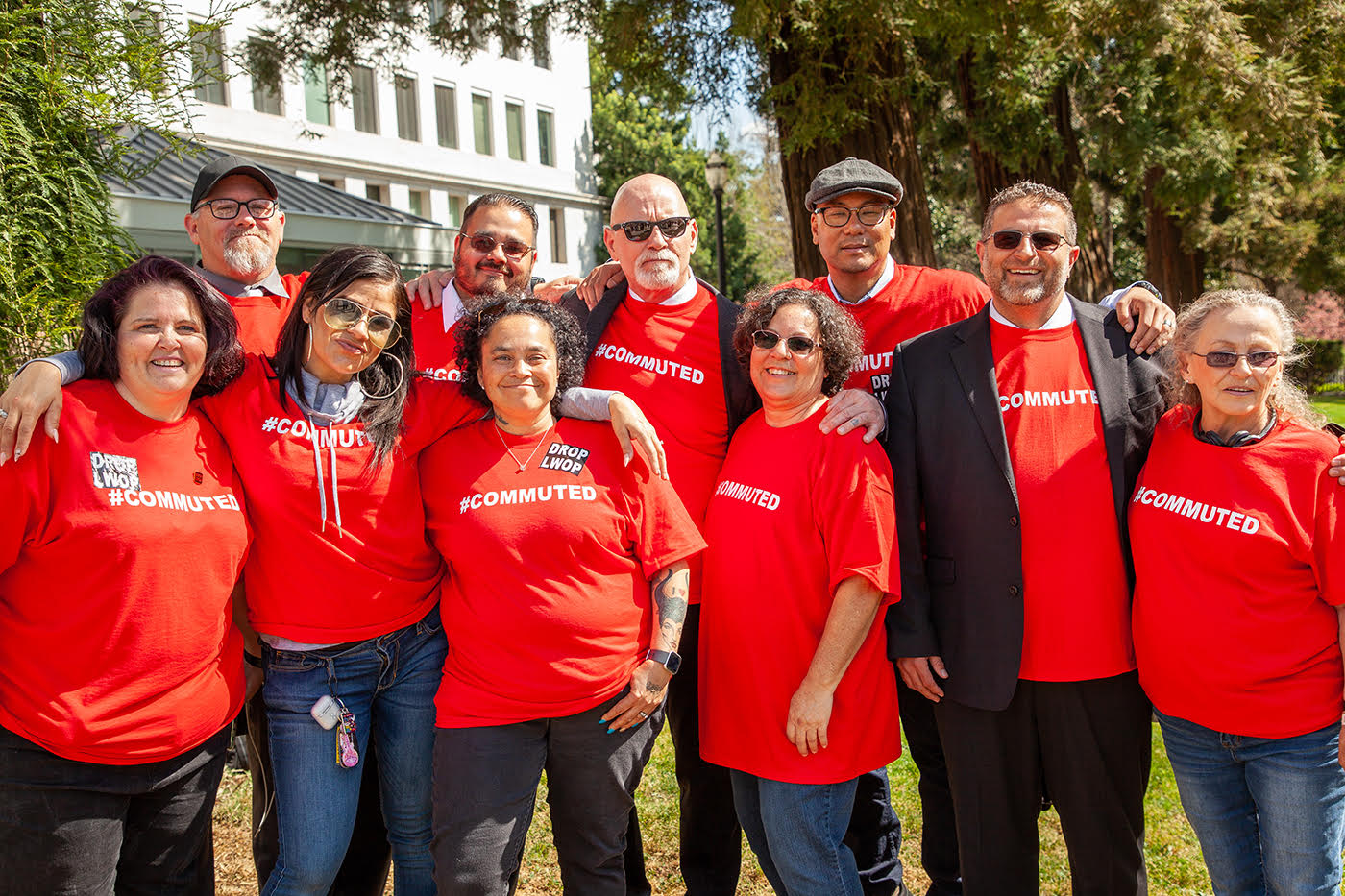 by California Coalition for Women Prisoners

The Drop LWOP Spring Rally [on March 9, 2020] brought together an amazing group of people to demand an end to Life Without Parole (LWOP) sentencing. People who had been formerly incarcerated with LWOP sentences, loved ones of those still suffering death by incarceration, and many other advocates and friends gathered on the steps of the Capitol to speak their truths about the reality of living the death penalty in slow motion. Collectively we demonstrated that we will never stand down on our demand to commute all 5,200+ people with LWOP sentences and eliminate this cruel, arbitrary and racist sentence.

One of the most incredible aspects of the day were the many people present who had been commuted from LWOP sentences and were now free and advocating passionately for those they left behind inside prison. They, together with loved ones and advocates, made visits to legislators throughout the day. They presented their lived experience with LWOP to educate lawmakers about why it is another form of death by incarceration. The ask was for lawmakers to support more commutations by the Governor and legislative changes to the California penal code.

Here is a short video put together by Silicon Valley De-Bug [and below are action items from the Drop LWOP campaign].

On the heels of the historic Measure R victory, the Justice LA Coalition mobilized over 200 community members and advocates to come before the LA County Board of Supervisors at their meeting on Tuesday, March 10, 2020. Organizers, policy experts, and community members provided public testimony on a motion that would direct the county’s Chief Executive Office to create an Alternatives to Incarceration (ATI) Unit within its department. The ATI Unit will be responsible for implementing the ATI plan developed by the county-appointed ATI Workgroup, namely the recommendations published last month in its Final Report.

Justice LA and community organizations are in support of the creation of the ATI Unit, but demand that it includes the participation of community members and people directly impacted by incarceration.

“One year ago, we celebrated the Board’s decision to create the ATI Workgroup in the spirit of real democracy and collaboration with the community. This has resulted in a practical, yet powerful and visionary set of recommendations for how we could begin building out a decentralized community based system of care and housing first and foremost. We have to stop the mass incarceration of our most vulnerable and unsupported community members in LA County,” said Eunisses Hernandez, Co-Executive Director of La Defensa and a voting member of the county’s ATI Workgroup. “As we move toward implementing the ATI plan, what the Supervisors must do is continue down the path of civic engagement and collaboration by allowing our communities to be part of the implementation’s decision making process. This is not the time to back away from the inclusive process that has been applauded by communities everywhere and has set the golden standard of community and county partnership and collaboration.”

In addition to encouraging an open and inclusive implementation process, Justice LA will also be reiterating the purpose of all aspects of ATI as two fold. The Workgroup was tasked with developing a plan that, on the one hand, scales up community-based care, services, and alternatives to jailing, and on the other hand, steadily reduces the county jail population.

The Introduction of the ATI Final Report states: “This report lays out a plan to substantially and safely reduce the number of people in the County jail and prevent thousands of people from becoming involved with the justice system at all. LA County, Court and community leadership must stand together to put this plan into action. The mission of the ATI Work Group was to provide the Los Angeles County Board of Supervisors a Road Map, with an action-oriented framework and implementation plan, to scale alternatives to incarceration and diversion so care and services are provided first, and jail is a last resort.”