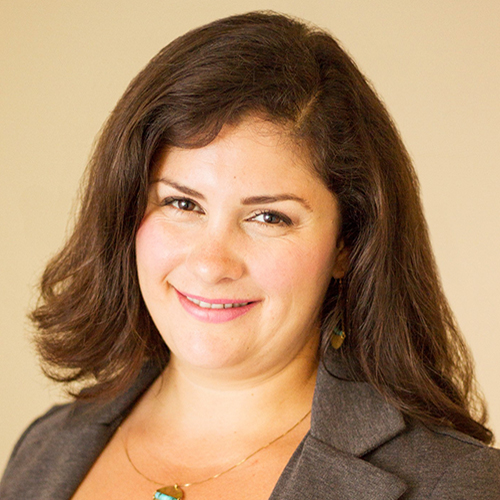 or the closing plenary, we are putting some of the region's top influencers up against each other for The Great Debate. Marisa Lagos, a California Politics and Government Reporter for KQED will direct the two teams. Whose side are you taking?

Team One: History will recognize this as a watershed moment in which we assumed bold leadership, raised our voices and adapted our practices to rise to the challenge.

Team Two: History will record that we failed to break free of traditional ways of doing business and missed a critical opportunity to protect policies, programs and services that scaffold our communities. As vice president of programs, Cathy oversees the Haas, Jr. Fund’s grantmaking and development of strategy for all its programs. Cathy’s work is driven by a career-long commitment to social justice and improving the lives of marginalized families and children.

Cathy joined the Haas, Jr. Fund as a program officer in 2004. After working in the Fund’s family self-sufficiency and neighborhood development program areas, she led its Immigrant Rights and Integration program starting in 2009. In that position, Cathy managed the Fund’s grantmaking in support of efforts to increase immigrant civic participation, improve the climate for immigration policy reforms in California, and support public education for federal immigration reform. Cathy’s focus on alliance-building and collaboration helped strengthen the immigrant rights movement in California, leading to key policy wins such as scholarships for Dreamers, groundbreaking enforcement reforms, driver’s licenses for undocumented residents, and healthcare coverage for undocumented children. Cathy was instrumental in creating a new position in the Governor’s Office focused on immigrant integration.

Cathy is a leader in numerous funder collaboratives. She manages the work of California Civic Participation Funders, which is increasing voting and community organizing among disenfranchised populations in four regions of the state. In 2011, Cathy worked with the Carnegie, Knight and Grove foundations to start the New Americans Campaign, which has to date assisted more than 240,000 legal permanent residents to become U.S. citizens. In 2015, Cathy led efforts to create the African American Civic Engagement Project, an alliance of community leaders, funders and local groups across California that is working to increase voice and voter participation in Black communities.

Cathy serves on the board of Grantmakers Concerned with Immigrants and Refugees (GCIR) and was previously its co-chair. She is on the steering committee for the Four Freedoms Fund, a national collaborative of funders focused on immigration issues. Previously, she’s served on the boards of Chinatown Community Development Center, Asian Pacific Environmental Network and Somerville Community Development Corporation. Aaron Dorfman is president and CEO of the National Committee for Responsive Philanthropy (NCRP), a research and advocacy organization that works to ensure America’s grantmakers and wealthy donors are responsive to the needs of those with the least wealth, opportunity and power. Dorfman, a thoughtful critic, frequently speaks and writes about the importance of diversity, equity and inclusion in philanthropy, the benefits of funding advocacy and community organizing, and the need for greater accountability and transparency in the philanthropic sector. Before joining NCRP in 2007, Dorfman served for 15 years as a community organizer with two national organizing networks, spearheading grassroots campaigns on a variety of issues. He holds a bachelor’s degree in political science from Carleton College, a master’s degree in philanthropic studies from the Lilly Family School of Philanthropy at Indiana University and serves on the board of The Center for Popular Democracy. The mission of LCF is to harness the power and unleash the potential of Latinos in California. It is the only statewide foundation solely focused in investing in Latino leaders.

Jacqueline recently served as Vice President of the New York State Health Foundation (NYSHealth). As a founding staff member, she served as a key advisor to the President and helped established the foundation as a credible resource for policymakers and community leaders across the State. She played a central role in developing the foundation's program areas, identifying emerging opportunities and strategic niches, and developing partnerships with national and local foundations. Prior to joining NYSHealth, Jacqueline served as Executive Director of the Northern Manhattan Community Voices Collaborative (Community Voices). The mission of Community Voices is to improve access and quality of care for vulnerable populations. In this role, Jacqueline implemented and evaluated health programs and mobilized national, state, and local resources to promote policy change.

Jacqueline has served as an NIH fellow for the Merida Department of Public Health in Yucatan, Mexico. She was appointed as an adjunct professor at the New York University Global Institute of Public Health and the Social Science Department of the Borough of Manhattan Community College. Jacqueline is a former Board Member of the Institute for Civic Leadership, NAMI-NYC Metro, and Grantmakers in Health. She also served as a member of the Institute of Medicine (IOM) Roundtable for Population Health.

Jacqueline has published extensively on issues related to health equity, vulnerable populations and community health workers. She holds an MPH from Columbia University and a Bachelor of Science from Cornell University. Jacqueline is passionate about elevating the voice of communities, pursuing equity for those who have been marginalized, and using philanthropy as a catalyst for tangible, enduring social change. Lateefah Simon stepped into her role as Akonadi Foundation’s newly appointed President in August 2016. A nationally recognized advocate for civil rights and racial justice, Lateefah brings over 20 years of executive experience advancing opportunities for communities of color and low-income communities in the Bay Area. Prior to joining Akonadi, she served as Program Director for the San Francisco-based Rosenberg Foundation, a statewide grantmaker that takes on systemic barriers that stand in the way of full access to equity and opportunity for Californians. Lateefah managed the Foundation’s portfolio of grants aimed at supporting groundbreaking advocacy in the areas of criminal justice reform, immigrant rights, low-wage workers’ rights and civic engagement in California. In 2016, Lateefah helped launch the Leading Edge Fund, a new $2 million fund created to seed, incubate and accelerate bold ideas from the next generation of progressive movement leaders in California.

Prior to joining Rosenberg, Lateefah was Executive Director of the Lawyers’ Committee for Civil Rights of the San Francisco Bay Area, where she revamped the 40-year-old organization’s structure and implemented successful community based initiatives, including the Second Chance Legal Services Clinic. Lateefah’s passion for supporting low-income young women and girls, and her advocacy for juvenile and criminal justice reform, began at the Center for Young Women’s Development (CYWD) in San Francisco. Now called the Young Women’s Freedom Center, the grassroots organization is run for and by systems impacted young women. At age 19, Lateefah stepped into the role of Executive Director for 11 years. Lateefah also led the creation of San Francisco’s first reentry services division under the leadership of then District Attorney Kamala D. Harris, where she spearheaded the flagship program, Back on Track, an advocacy program for young adults charged with low-level felony drug sales. Back on Track reduced the recidivism rate for the population it serves to less than 10 percent.

Lateefah has received numerous awards for her work, including the MacArthur “Genius” Fellowship and the Jefferson Award for extraordinary public service. She was named “California Woman of the Year” by the California State Assembly, and also has been recognized by the Ford Foundation, the National Organization for Women, Lifetime Television and O Magazine. In 2016, Lateefah was named one of The Chronicle of Philanthropy’s 40 Under 40. In 2016, Lateefah was appointed by the Governor of California to the California State University’s Board of Trustees, and was elected in November 2016 to serve District 7 on the BART Board of Directors.

January 17, 2023
We want to extend our deepest gratitude for Alice Y. Hom for serving as NCG’s Director of Equity and Social Justice for the past four years. Alice will be deepening their leadership with our co-conspirators at CHANGE Philanthropy as the new Executive Director beginning March 13th.
END_OF_DOCUMENT_TOKEN_TO_BE_REPLACED
X