Big philanthropy contributes vast resources toward the well-being of humankind, and society benefits immensely from its achievements in health and medicine, education, arts and culture, international development, and other fields. But critics of mega-foundations have been around since they first emerged out of the Gilded Age of the late 19th century, and the critiques have grown loud in recent years with big philanthropy booming in our current Gilded Age. As tax-exempt private organizations that exercise power in the public sphere with nominal democratic controls and accountability to the public, do mega-foundations reinforce the anti-democratic effects of wealth inequality and weaken civil society? Or are the concerns overblown given the record of these organizations?

Where Do You Stand?

Once you buy your ticket, you'll receive a confirmation e-mail with a link to cast your vote! Votes are anonymous. Audience results will be shared before the panel begins. You will have a chance to vote again after hearing the panelists' arguments, and these results will also be shared. 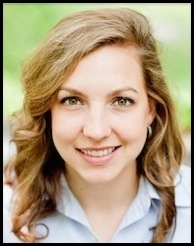 Leah Hunt-Hendrix is the co-founder and Executive Director of Solidaire, a network of philanthropists who are committed to funding social movements. Leah did her PhD at Princeton University, where she studied religious philosophy and political theory. She has served on numerous boards, and acts as an advisor to her family foundation, the Sister Fund. Born and raised in New York City, she has lived in Egypt, Syria and the West Bank, and now resides in San Francisco. 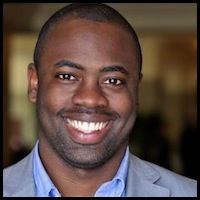 Austin Belali is Director of the Youth Engagement Fund at the Democracy Alliance. Before coming to the YEF, Belali led a major organizational change process at Service Employees International Union to put youth and emerging leaders in the drivers’ seat of progressive social change. His philanthropic endeavors have gained him recognition in Washington Life Magazine, and his writing about young people and social change has been published in the Non-Profit Quarterly, Huffington Post, The Hill and MSNBC, among other outlets. Belali taught comparative democracy to high schoolers in Senegal and India. He is a music composer and recently produced original music for the New York-based think tank Demos. He has a B.A. in Political Science from Howard University in Washington D.C. 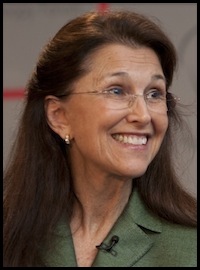 Jane Wales is Founder of the Global Philanthropy Forum; CEO of the World Affairs Council; Vice President of the Aspen Institute; and host of the nationally-syndicated NPR show World Affairs. Previously, Wales served in the Clinton Administration as Senior Director of the National Security Council, and Associate Director of the White House Office of Science and Technology Policy. In the philanthropic sector, Wales chaired the international security programs at the Carnegie Corporation of New York and the W. Alton Jones Foundation, and directed the Project on World Security at the Rockefeller Brothers Fund. 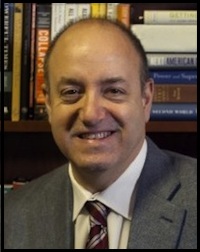 Larry Kramer is president of The William and Flora Hewlett Foundation. Before joining the Foundation, Mr. Kramer served as Richard E. Lang Professor of Law and Dean of Stanford Law School. Mr. Kramer is a fellow of the American Academy of Arts and Sciences and a member of the American Philosophical Society and the American Law Institute. He serves on the boards of a number of nonprofit organizations, including ClimateWorks Foundation, the National Constitution Center, and Independent Sector. Mr. Kramer received an A.B. in Psychology and Religious Studies from Brown University, and a J.D. from the University of Chicago Law School. He is the author of numerous articles and books, including The People Themselves: Popular Constitutionalism and Judicial Review. 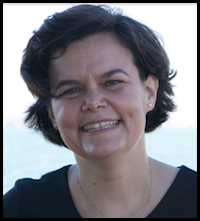 Dana Lanza launched Confluence Philanthropy as a special project of Rockefeller Philanthropy Advisors, after serving as the executive director of the Environmental Grantmakers Association. She served as Program Director and Board Advisor at The Swift Foundation while launching Confluence. Prior to philanthropy, Dana founded Literacy for Environmental Justice. She has been a fellow at the Donnella Meadows Leaders Fellowship Program in Systems Theory and the California Women’s Foundation Policy Institute. Beyond this, Dana has lived and worked among tribal people for much of her life. A nomad in spirit, Dana sometimes lives in Oakland, California and at other times in Bed Stuy, Brooklyn, NY.